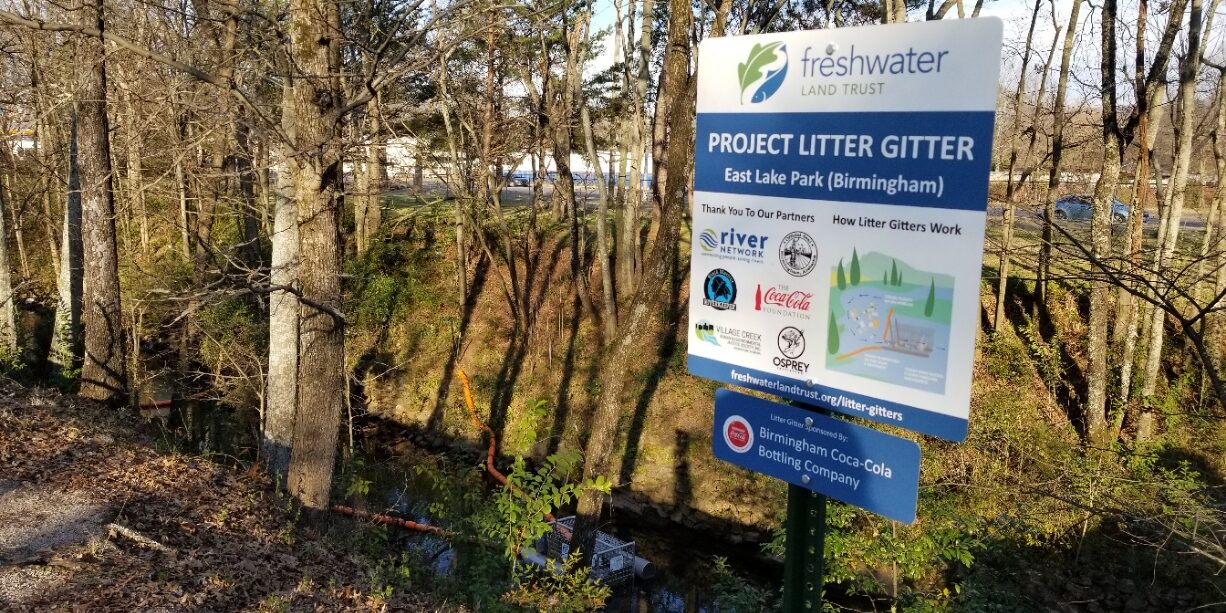 This litter gitter was originally installed in October thanks to support from River Network and The Coca-Cola Foundation, in partnership with Black Warrior Riverkeeper and Village Creek Society. Birmingham Coca-Cola Bottling Company began their sponsorship of this site in February.

Two of Birmingham Coca-Cola Bottling Company’s key philanthropic focuses are the well-being of local communities and stewardship of the environment. Removing litter from local waterways and outdoor spaces creates a healthier environment for both people and wildlife, and it accomplishes Coca-Cola’s goals for increased stewardship and a stronger community.

Project Litter Gitter would not be possible without support from partners like the Birmingham Coca-Cola Bottling Company. We are grateful for their support and are excited to continue working to keep East Lake Park a clean and welcoming place for all to enjoy.

The first area litter gitter was installed in December 2019 in Birmingham. Now, there are currently 10 devices in place throughout Jefferson County in both the Black Warrior River and Cahaba River watersheds. To find out more about this project or to become a “Litter Gitter Getter,” please visit the Project Litter Gitter webpage.