For over a decade, a group of organizations has worked together on a plan to install in-stream litter collection devices in Greater Birmingham’s urban streams.

In 2018, Osprey Initiative, the creator of the “litter gitter” device, emerged as a new company, and in December 2019, the first Birmingham litter gitter was installed in Valley Creek, thanks to River Network, Coca-Cola Foundation, the City of Birmingham, and other partners.

To learn more about sponsoring a litter gitter, contact Katie Holmes at katie.holmes@freshwaterlandtrust.org.

Litter Gitters in the Water

Community support is critical if we want to continue our fight against litter. We need more Litter Gitter Getters, and more litter collection devices, to combat litter effectively.

In 2021, ALDOT spent $7.4 million to clean up trash on roadways, and Alabama was ranked as the 16th dirtiest state in the 2014 American State Litter Scorecard. Getters will help make Alabama a cleaner state.

Getters will be listed as project supporters on this page, as well as on presentations and proposals to potential funders. Getters are also encouraged to help recruit additional supporters.

Thank you to our current Litter Gitter Getters!

To learn more or add your name as a Litter Gitter Getter, contact Katie Holmes at katie.holmes@freshwaterlandtrust.org. 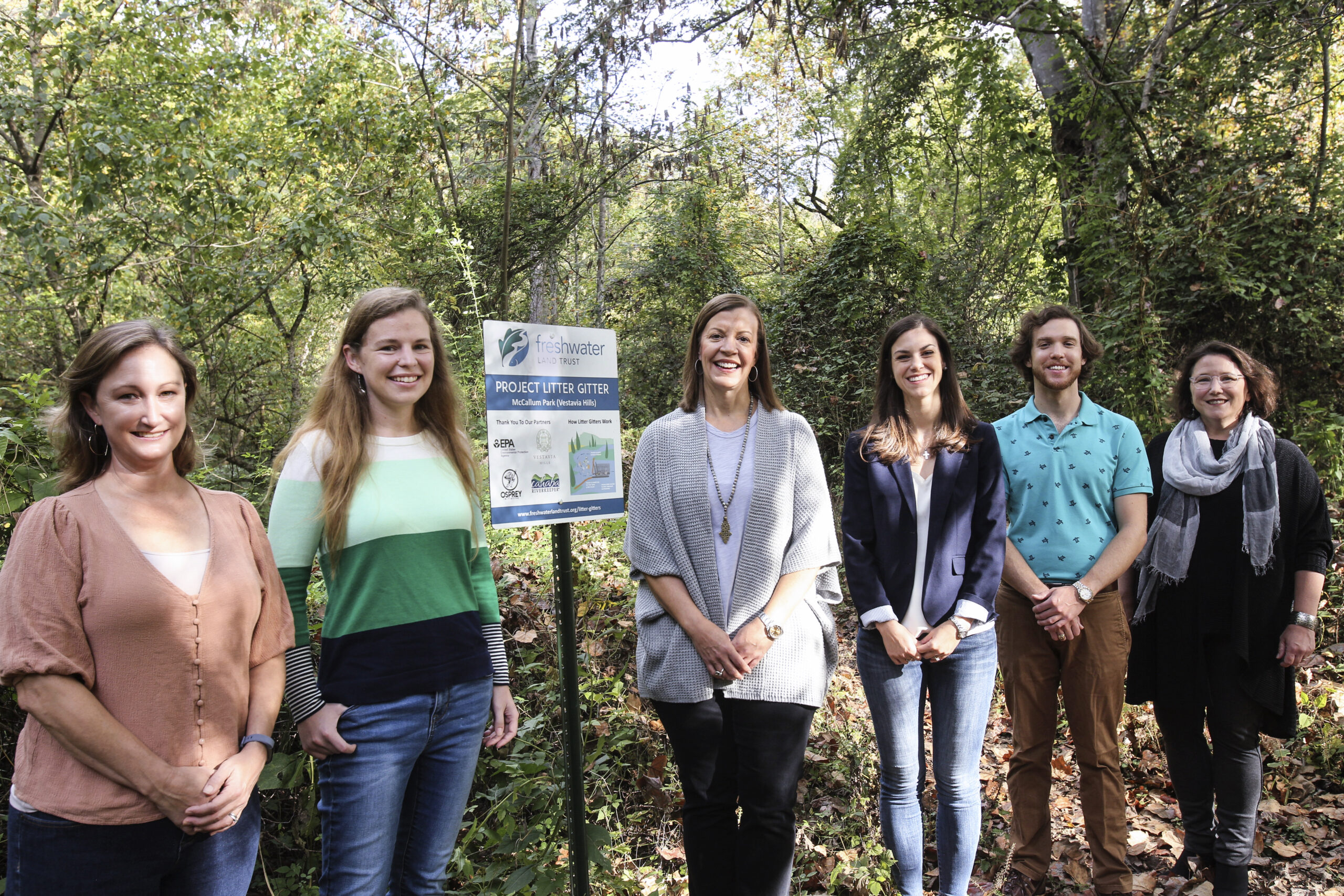