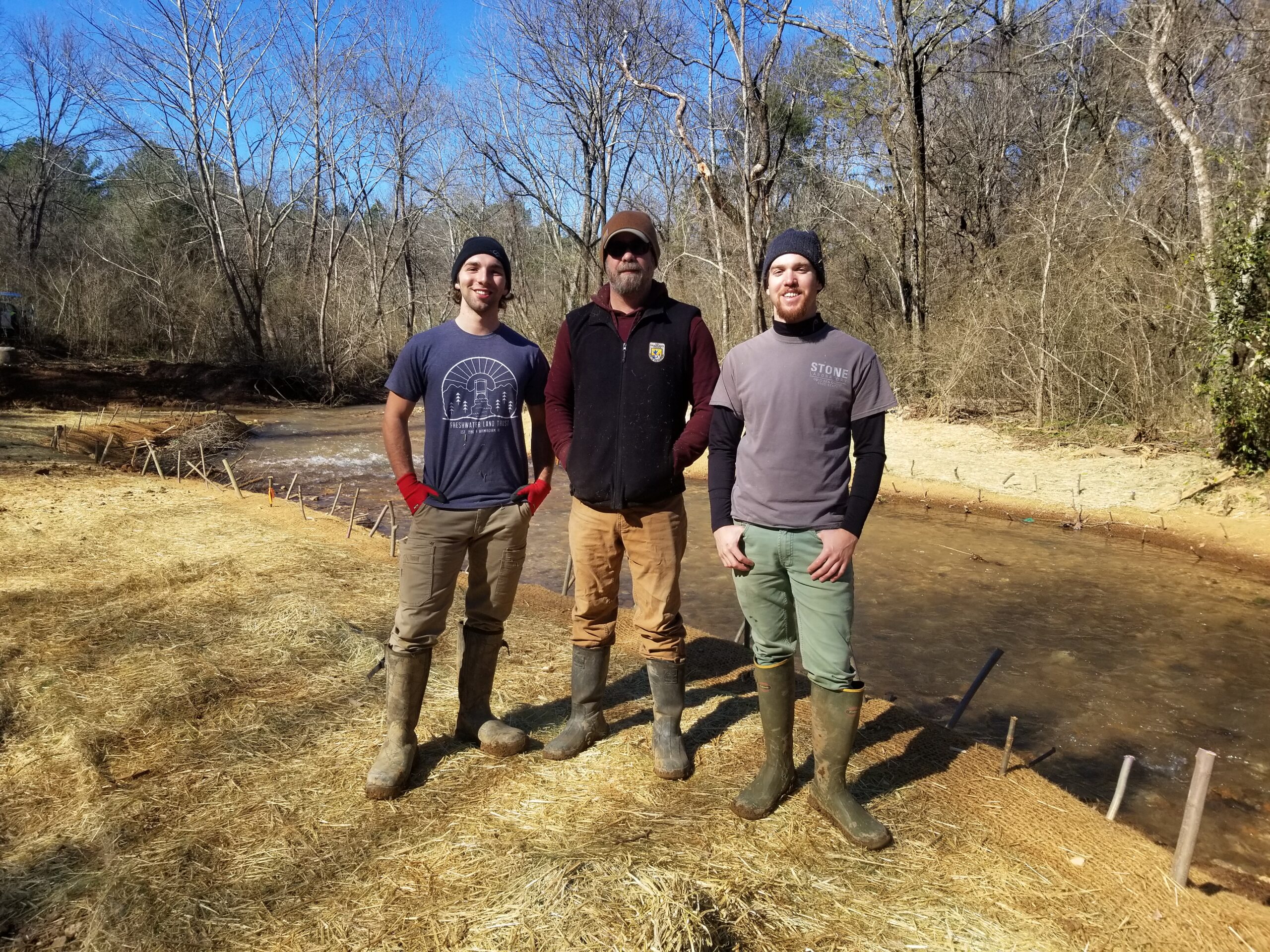 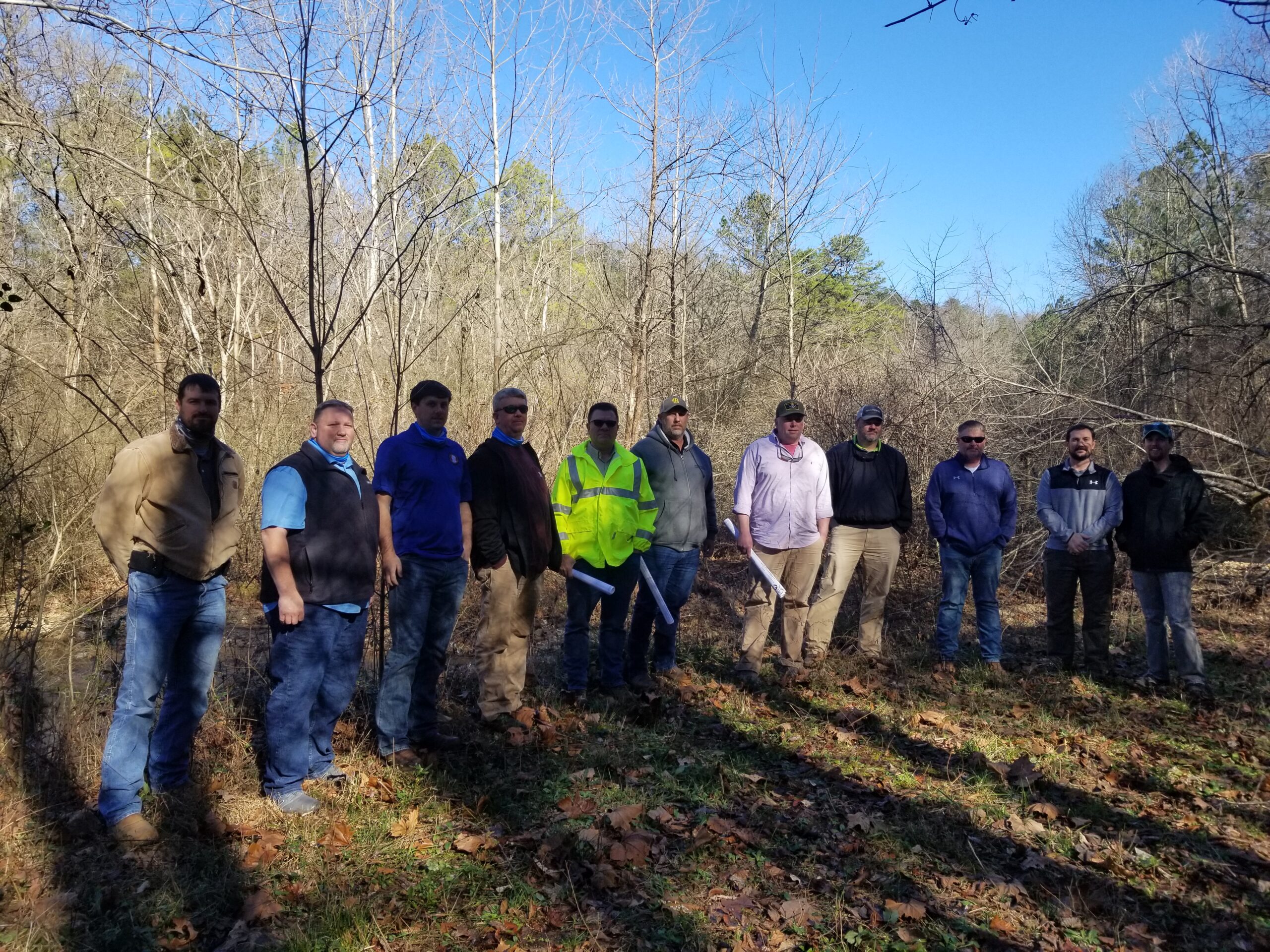 The Nature Conservancy in Alabama gave $15,000 (a subaward from a National Fish and Wildlife Foundation grant) and Jefferson County Commissioner Joe Knight donated $10,000 to cover the project design by Wilbanks Engineering & Environmental Solutions, LLC. U.S. Fish & Wildlife Service’s Partners for Fish & Wildlife gave about $20,000 for the materials, and Jefferson County Environmental Services Department supplied the equipment and donated nearly $40,000 worth of labor.

“Erosion and accretion are sometimes disruptive of the flow of our waterways,” said Commissioner Joe Knight. “We appreciate all involved who assisted in this effort.”

The project, which took place on FLT private property in Pinson along a Jefferson County sewer right-of-way, entailed reconstructing two Turkey Creek stream banks to address significant erosion issues. Work took place at two locations within 200 feet of each other. The first location had the most significant work to be done, as the stream had rerouted about 50 feet away from the original creek channel.

“Erosion at this scale adds an unnatural amount of sediment into the water, which is detrimental for the species living in Turkey Creek, especially federally protected species,” said Sam McCoy, FLT’s Land Stewardship Director. “The completion of this project means there will be significantly less erosion and less sediment entering the creek.”

Jefferson County Environmental Services workers rerouted the stream back to the original channel, reshaped the banks to have gradual slopes, and strategically placed vegetative debris in the creek and its banks to serve as a buffer to slow the water’s velocity.

“The measures taken to slow the creek’s flow facilitate better overall habitat and lessen the erosive force of the water,” said McCoy.

Workers performed a similar treatment at the second site but did not need to reroute the stream. They planted live stakes and rye grass along the newly shaped banks at both locations, and a native seed mix will be planted later this spring after the final frost date. The majority of the natural materials used for this project were repurposed right from the property.

Before work began, FLT, U.S. Fish and Wildlife, and other partners seined the creek to safely collect and relocate the endangered darters to mitigate disturbances from construction.