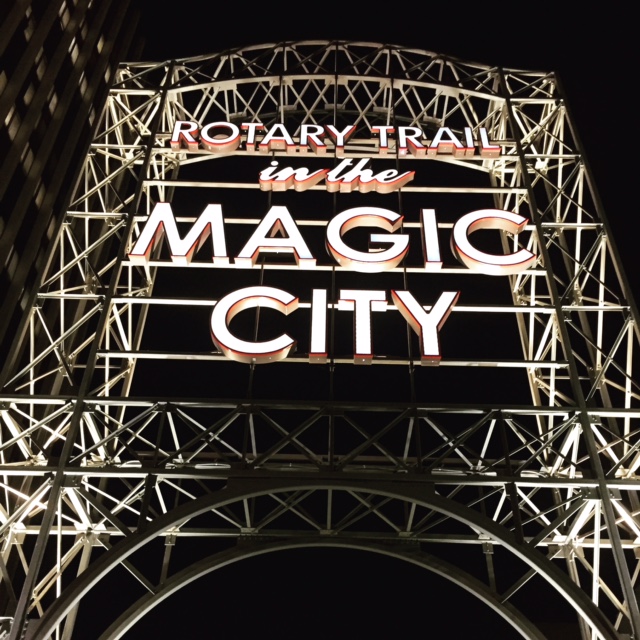 During Birmingham’s industrial age, railroad tracks once cut through the earth along First Avenue South. As this era in Birmingham’s history came to a close and the railroad abandoned this depressed, below-grade stretch of track, the First Avenue Cut, as it came to be named, sat vacant, vegetation slowly overtaking the old tracks. Plans for redevelopment of the cut floated for years, and while it was cleaned up by community members, it still remained vacant.

That is, until 2012, when this expanse of former railroad made an appearance in the Red Rock Ridge and Valley Trail System’s master plan, this time repurposed as a pedestrian greenway and trail that would form part of a trail system between Railroad Park and Sloss Furnaces. A partnership blossomed with the Rotary Club of Birmingham, and plans began to advance towards a new future. 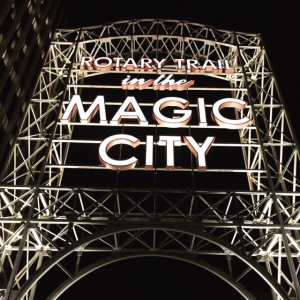 Four years later, the cut has a new name, a new lease on life and a new role in downtown Birmingham: a piece of the past revived for the present. Stretching four blocks along First Avenue South between 20th and 24th Streets, Rotary Trail is one of the newest projects to play a part in downtown Birmingham’s resurgence. Complete with benches, lighting, running and biking paths and fresh landscaping – among other amenities – the trail served as a way for the Rotary Club of Birmingham to make a positive health, environmental, economic and educational impact on the Magic City.

The trail brings a unique resource to the city, serving as both a recreational resource and a contributor to economic development in the area. The trail may still be relatively new – it opened on April 6 – but, like the “Rotary Trail in the Magic City” sign that harkens back to the “Welcome to the Magic City” sign that once lit up downtown Birmingham, it’s also a glimmering example of past and present coming together to signal a brighter future.