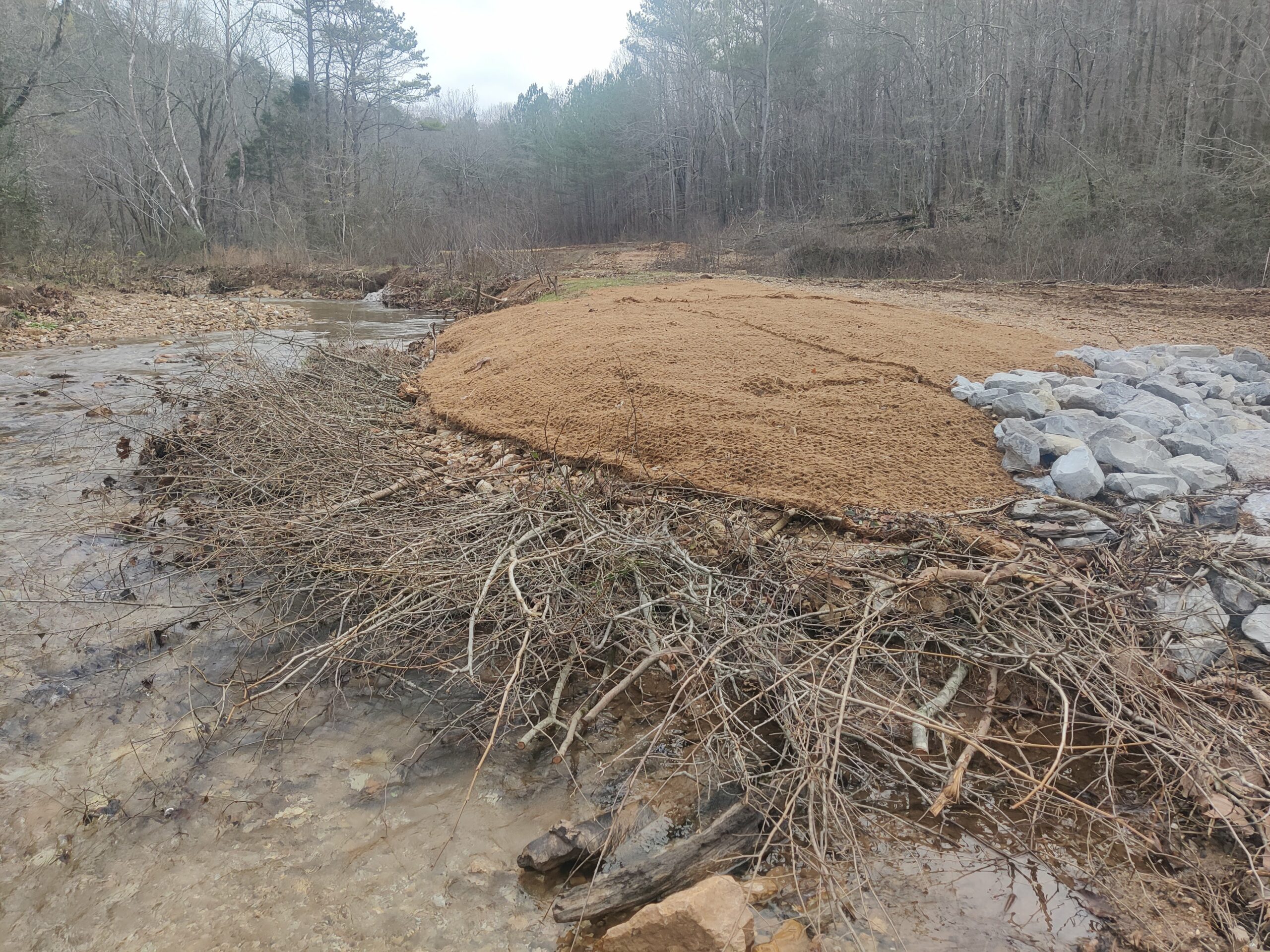 On a mild, overcast morning in mid-December, FLT’s Land Stewardship Director and the Outreach and Communications team joined Jeffrey Drummond with the U.S. Fish and Wildlife Service at Turkey Creek CU1 (Conservation Unit 1) in Pinson. This, the site of a bank stabilization project in February of this year had seen some additional erosion over the course of the year; accumulation of “chert rock” from a source upstream had adjusted the course of the creek, forcing water up against a portion of the bank mere feet from the initial restoration. “The primary function of a stream – to move water and sediment – is greatly impacted by deforestation, development, and other perturbations inherent to urban/wildland interfaces… our initial adjustments to the stream system were effective in minimizing erosion, protecting adjacent infrastructure, and increasing side-stream storage capacity. However, when alterations are made to the morphology of a stream, the stream will respond with some ‘suggestions’ of its own”, Jeffrey explains. Sam McCoy, Freshwater Land Trust’s Land Stewardship Director, adds, “Due to the influx of rock washing into this location of Turkey Creek from upstream, our previously repaired section of bank was sustaining additional damage from erosion. This follow-up work (i.e., reinforcing the bank with toe brush and rock, and reshaping part of the bank) will repair that damage and prevent it from being damaged in the future.” 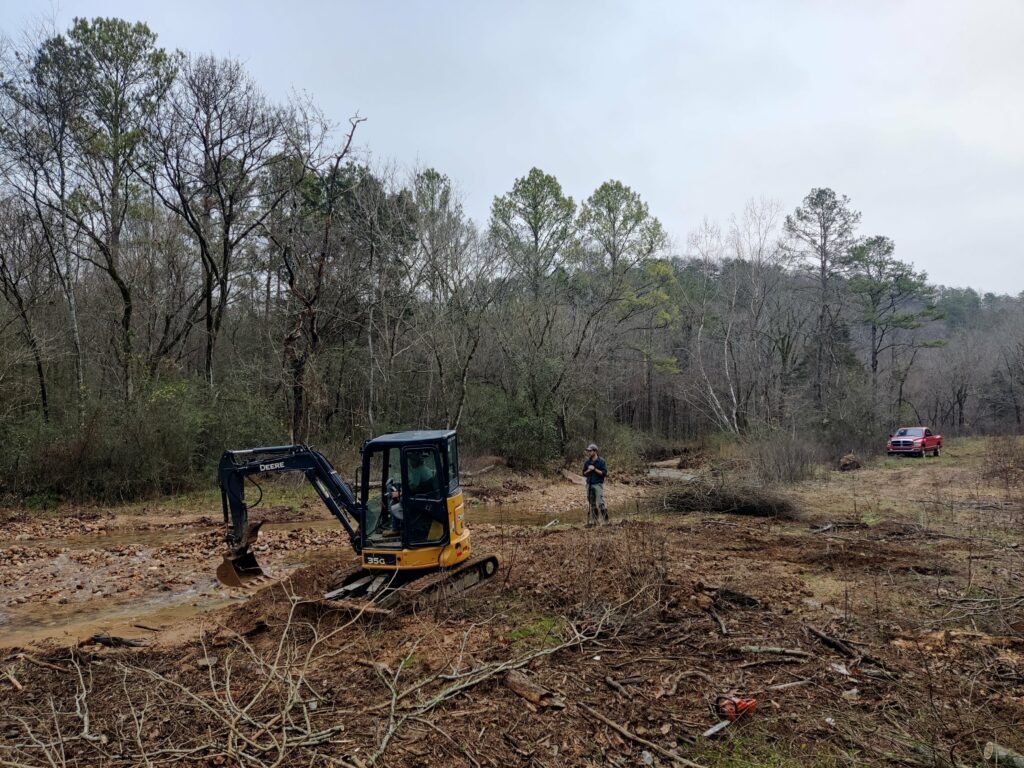 A survey was first conducted by setting nets in the creek at two points, one upstream of the proposed restoration area and one downstream, then seining the length in between for vermilion darters, the endangered species endemic to this specific creek. Those found were relocated to protect them from the disturbance of the restoration work. 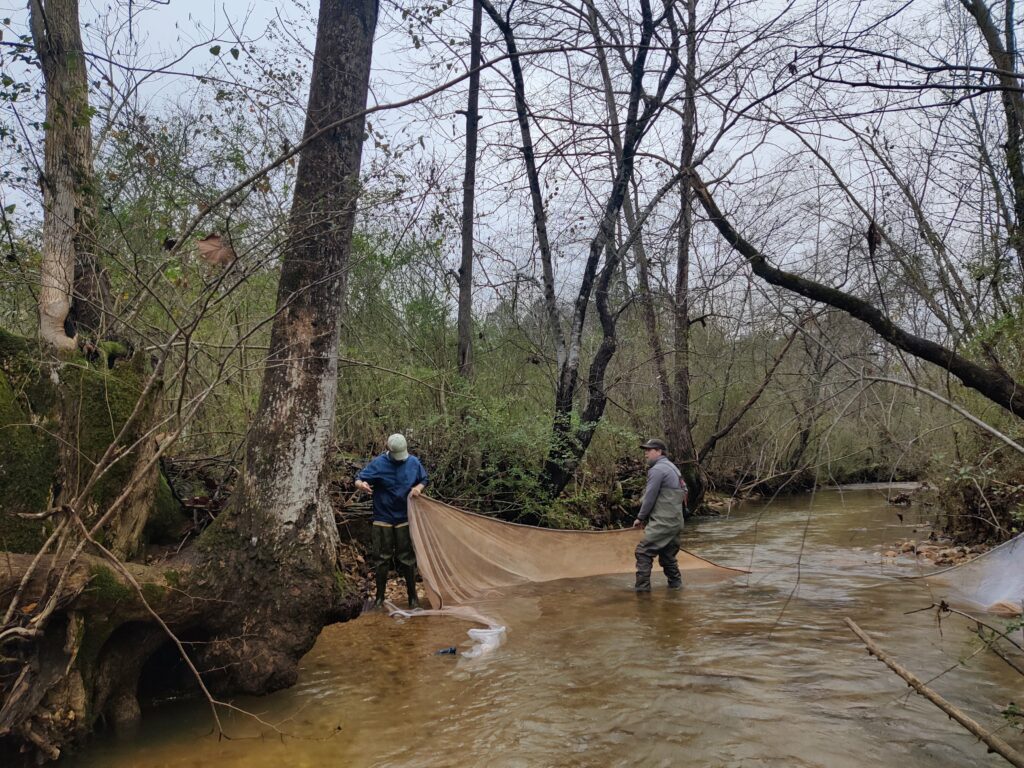 Work commenced on December 13th; only one piece of machinery (a John Deere 35G compact excavator) and three pairs of hands made quick work of clearing a few imperiled trees, those that had lost their footing thanks to the erosion. These were cut into three-foot segments, positioned at water-level, floating slightly, forming the base layer for the “new” creek bank. Dirt from the site was packed on top, then staked horizontally with a layer of branches from the same trees (this is known as toe brush.) This layer too was packed firmly with wet sediment, and the process repeated until level with the top of the bank. Zach Wilbanks, project lead and Principal Owner at Wilbanks Engineering & Environmental Solutions, LLC, estimated the project would be completed in three days, weather-permitting. Having overseen the work done in February here, he was well-acquainted with the terrain and the challenges posed. 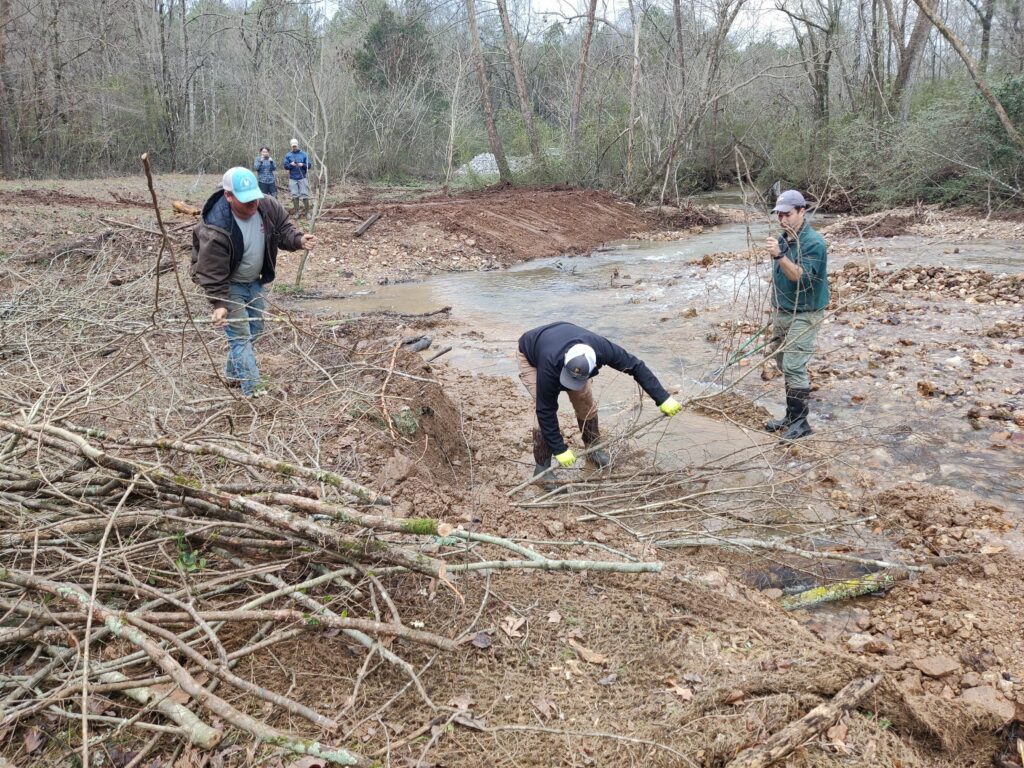 Rip rap (large angular rocks usually made from granite or limestone) donated by Vulcan Materials Company was used on the sloping portions of the bank to protect the soil’s surface and mitigate effects of seepage. Heavy rains forced a full day’s delay in the work but offered a chance to see Wilbanks’ handiwork holding fast; the water level had risen significantly by Thursday morning, yet the bank was stable. By Friday, the project was complete. A mix of seeds, mostly native grasses and wildflowers, will constitute the next phase in the restoration; the fibrous root systems of these plants will improve soil-retention on the bank. The effects of the planting will not be evident until spring, when we’ll monitor the site again to assess progress. 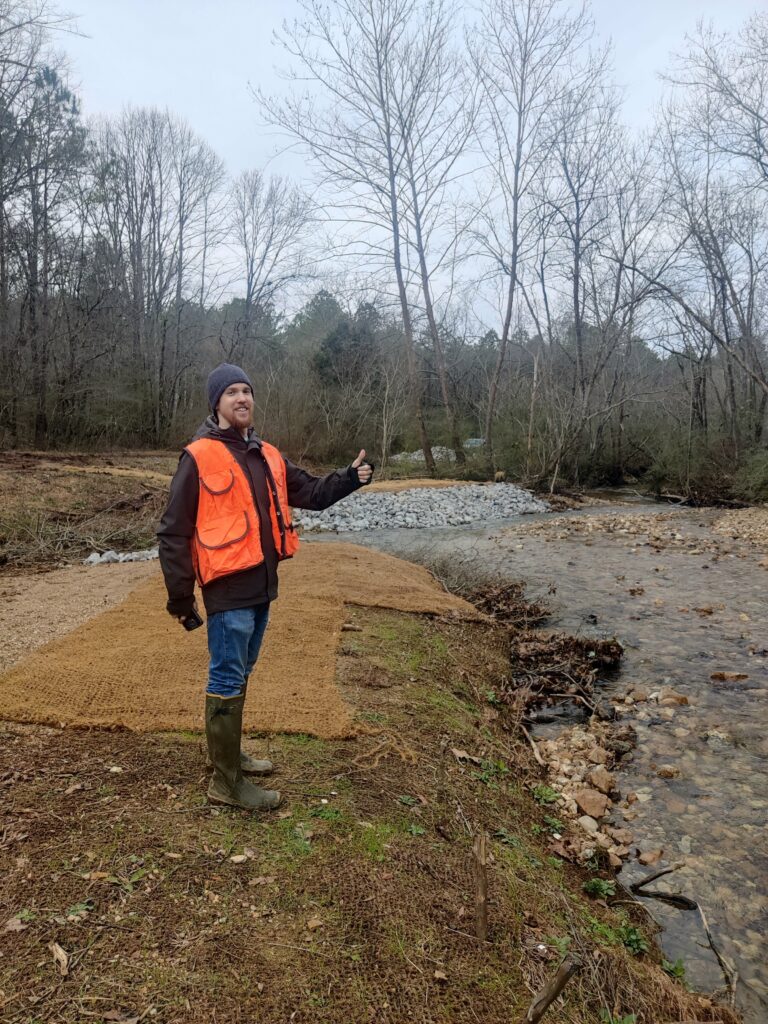 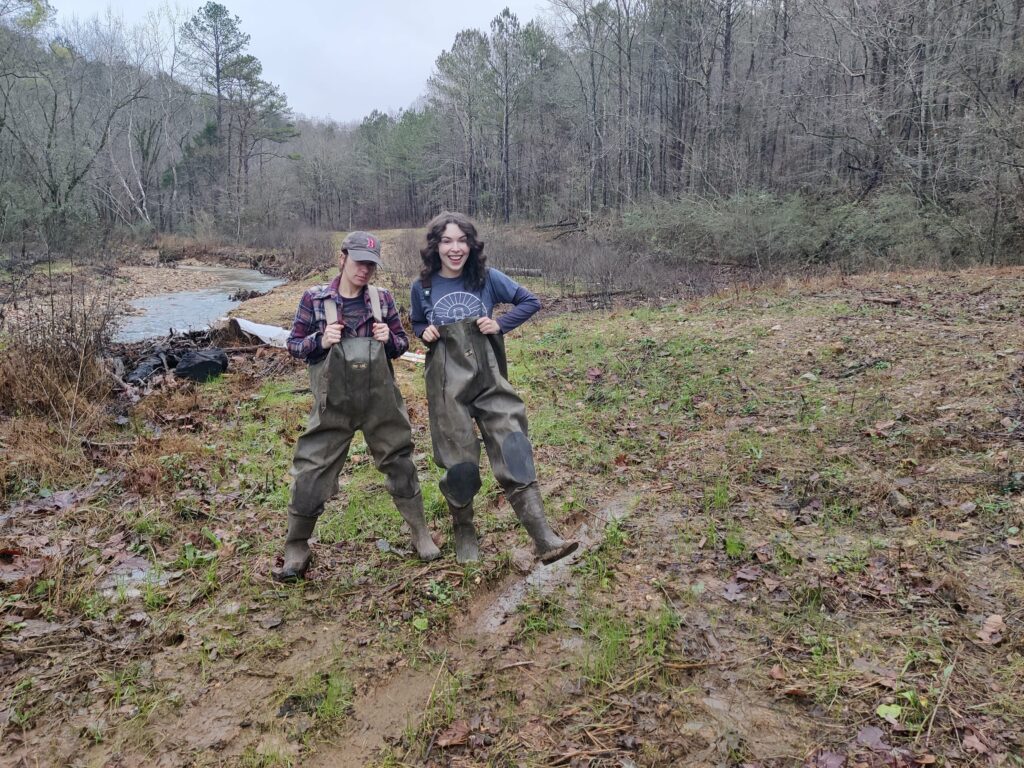