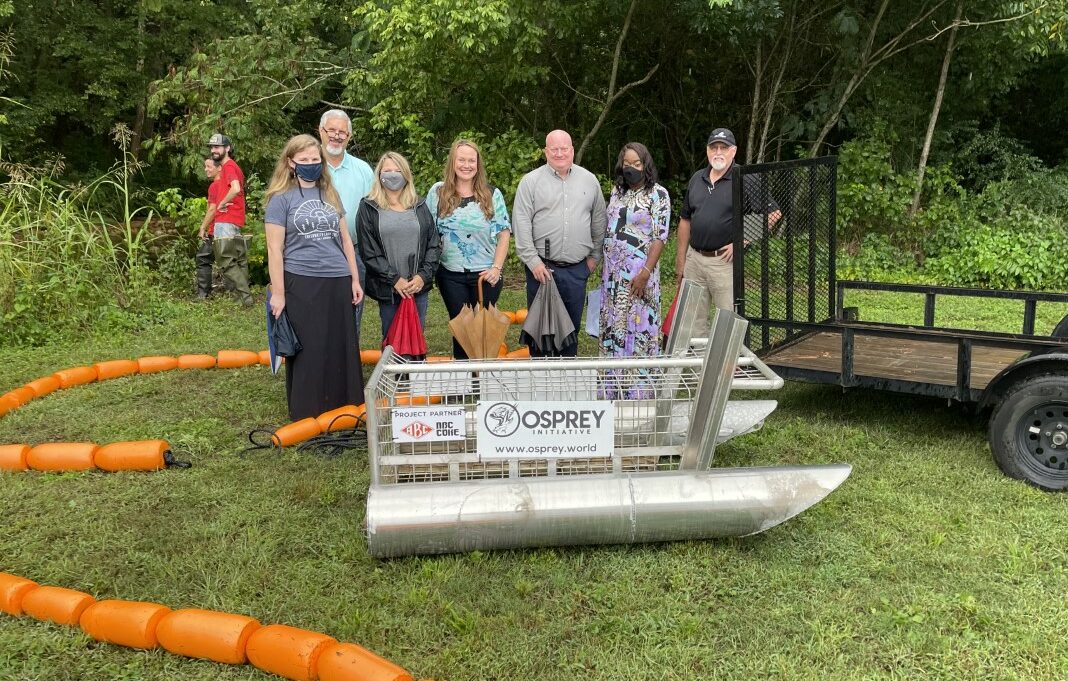 ABC Coke, a division of Drummond Company, is sponsoring the litter gitter for one year. This is the 11th litter gitter in Jefferson County and the first in Five Mile Creek and Tarrant.

“Our sponsorship of this litter gitter will not only reduce litter in Tarrant, but the debris that is removed from the creek here will not continue down river to the Gulf of Mexico, which is a win for everyone in Alabama,” said Scott Castleberry, President of ABC Coke. “It’s our hope that this highly visible device here in this public park will serve as a reminder to everyone as to how litter affects all of us in our waterways.”

Rusha Smith, Freshwater Land Trust’s Executive Director, said the installation of the litter gitter is an opportunity to celebrate National Clean-up Day on Saturday, September 18th and another great partnership opportunity with the City of Tarrant.

“This is a huge day for us because we are approaching 12,000 pounds of trash removed by litter gitters since December 2019 in Jefferson County,” said Smith. “We are really making a difference with this project. We’ve had a long relationship with the City of Tarrant as an organization, and it makes us very happy and proud to have this here.”

Litter gitters are in-stream trash collection devices used to intercept floating litter from stormwater runoff. In addition to installing and maintaining the litter gitters, Osprey Initiative, the litter gitter contractor, collects the trash in each device on a weekly or bi-weekly basis and recycles as much of the trash as possible. They also perform tactical clean-ups at litter gitter locations, collecting trash 100 yards upstream and downstream of the traps. 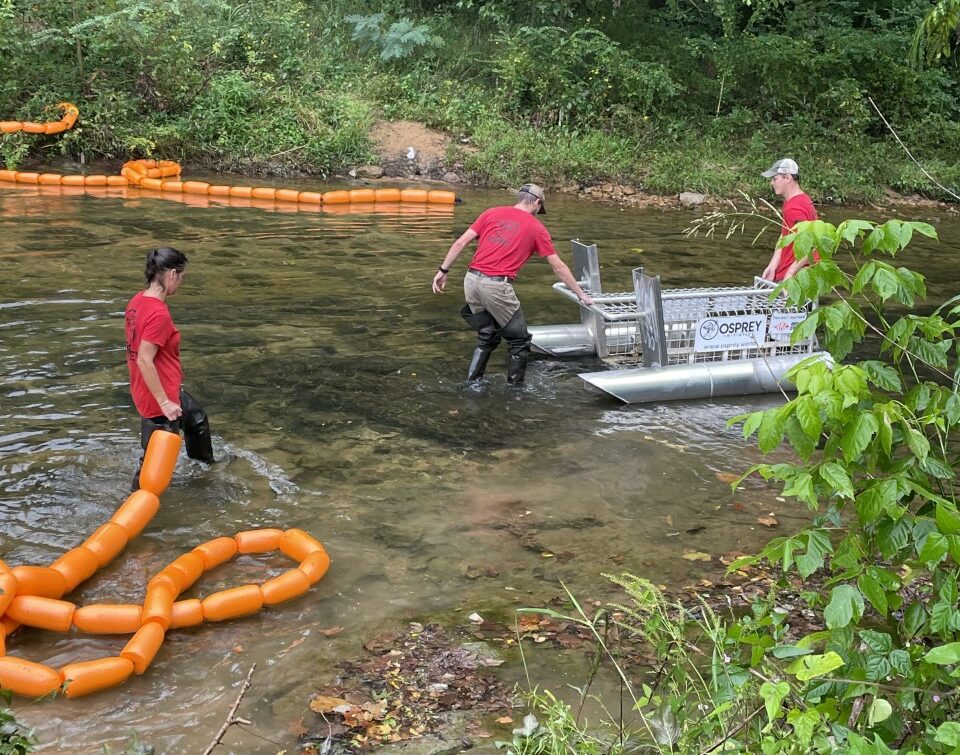 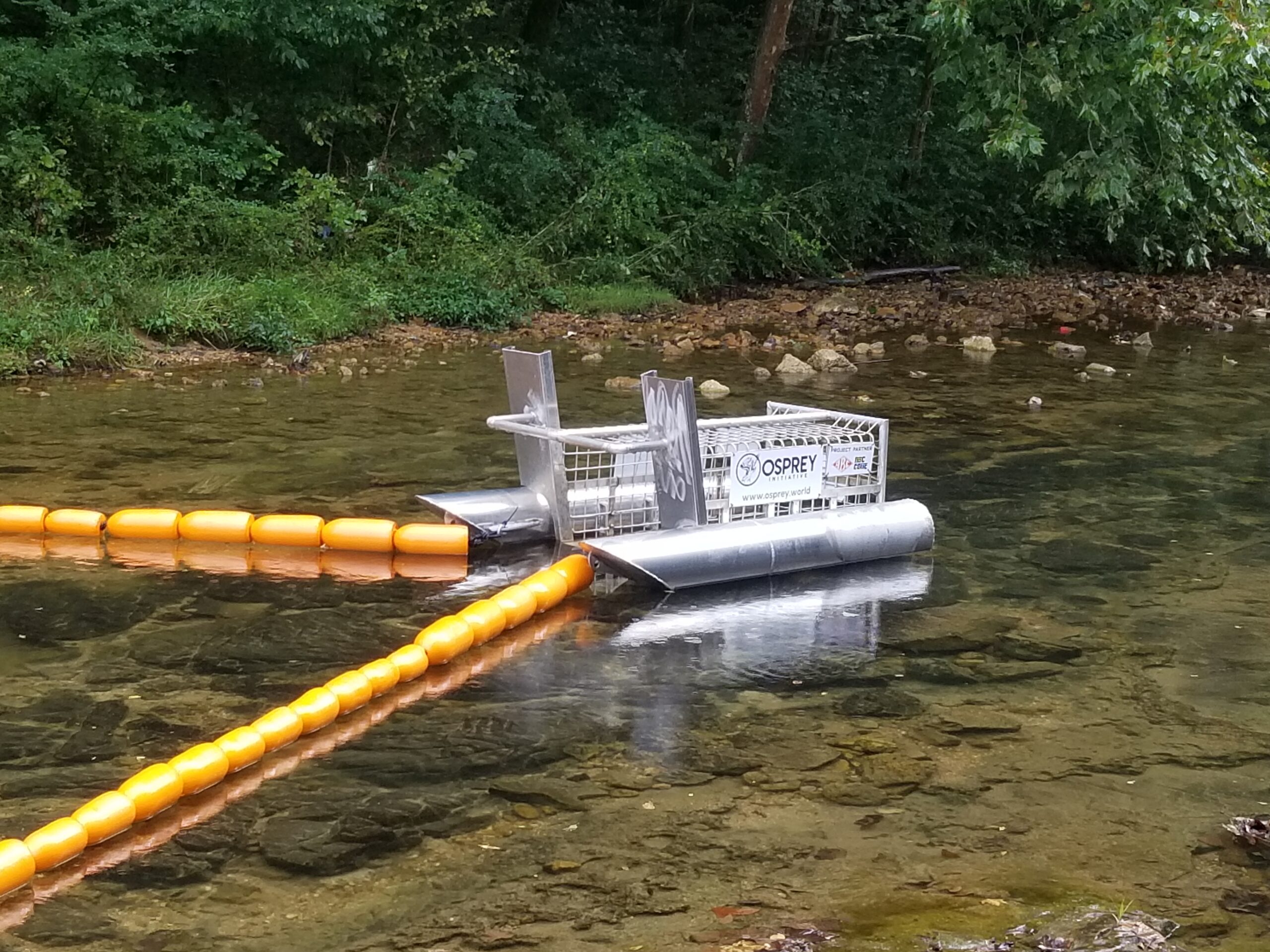 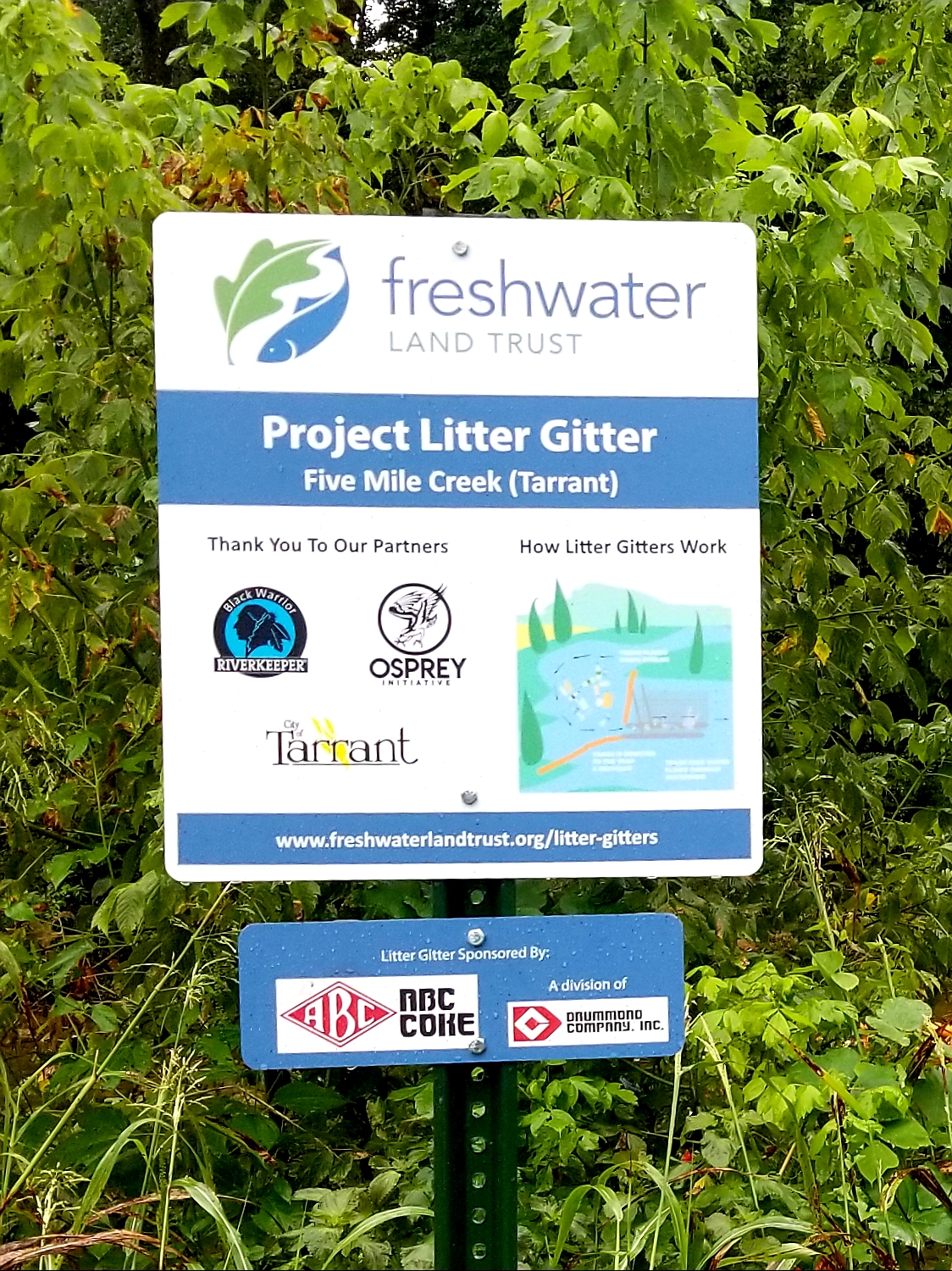