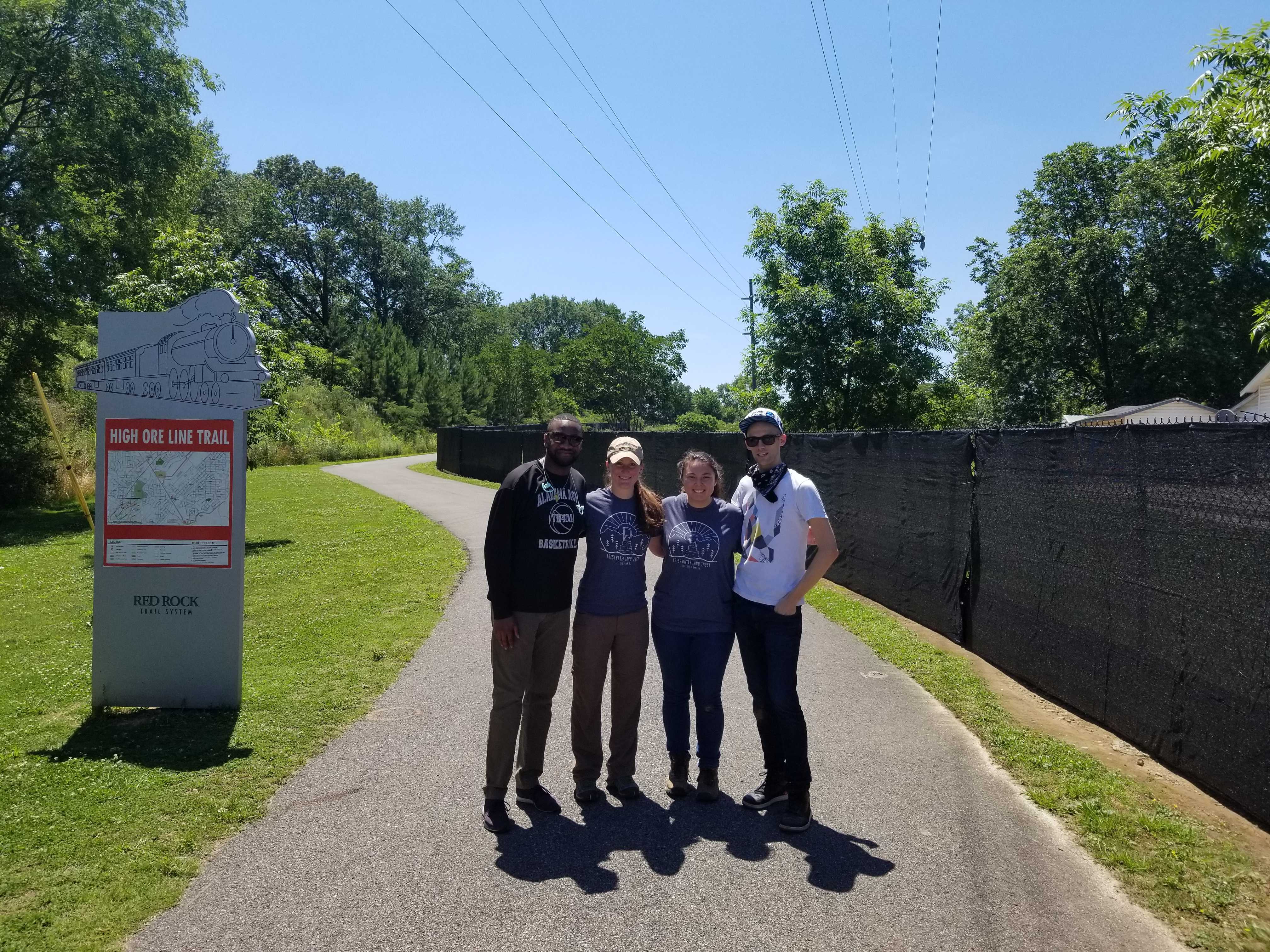 We were excited to find out that the corps member team leader, Dewayne Marquel, was familiar with our partnership with his church, Faith Apostolic, home to the endangered watercress darter.

“Being able to see more in depth of their work beyond what I already knew was amazing,” said Marquel. “It was also rewarding to return in this capacity to Freshwater Land Trust. As a child I was privileged to be featured in one of the publications discussing the watercress darter and it’s preservation.”

During their first week, Marquel and other corps members completed trail maintenance on the new section of High Ore Line Trail.

During their second week, the group installed picnic tables and a pollinator garden next to Valley Creek’s headwaters, which is also the location of Birmingham’s first litter gitter device.

“That project was the most difficult because I didn’t quite see how it would be done by our team,” said Marquel. “But with teamwork and encouragement the team made the space look like a totally different site by Friday.”

“Birmingham Strong has been amazing to work for. Being able to impact our communities and citizens of Birmingham has been a breath of fresh air each day,” said Marquel.

Thank you to #BhamStrong and our corps members for their hard work throughout our city!