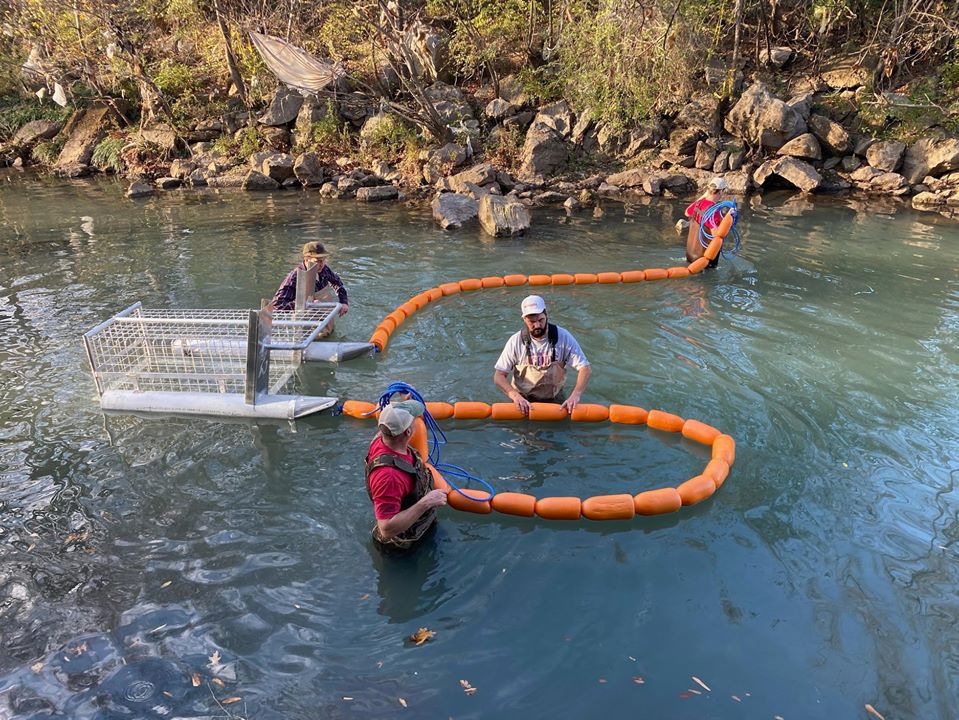 BIRMINGHAM, ALABAMA – Freshwater Land Trust and partners were recently awarded a $500,000 project grant over three years from the Environmental Protection Agency’s Trash-Free Waters program. Freshwater Land Trust is one of seventeen recipients and one of three recipients located in Alabama. The major goals of the funded project are to remove trash in or about to enter waterways, specifically local creeks and rivers in the greater Birmingham area, to reduce future litter, and to educate the community about the importance of trash abatement and clean water.

“This is a game-changing project and a tremendous opportunity to clean up our waterways and emphasize the importance of litter control,” said Rusha Smith, Freshwater Land Trust Executive Director.

The three-year project will largely revolve around an Alabama-based company known as Osprey Initiative and its “litter gitter” devices. Litter gitters are in-stream trash collection devices used to intercept floating litter from stormwater runoff. In addition to installing and monitoring each device, Osprey Initiative empties the trash in each device on a weekly or bi-weekly basis and recycles as much of the trash as possible.

“Osprey Initiative is excited to continue testing our products and services in the watersheds of the Birmingham area,” said Don Bates, owner of Osprey Initiative. “This grant will support the good work that has already occurred in this area and the shared vision of the communities that benefit from these valuable waterways. We look forward to doing our part to make this a successful project.”

In December 2019, Birmingham’s first litter gitter was installed at the headwaters of Valley Creek as part of a three-month pilot project between Freshwater Land Trust, Osprey Initiative, and the River Network in Boulder, Colorado. The device trapped an average of 50 pounds of litter a month, of which about 40% was recycled.

The EPA grant will continue to fund the Valley Creek device and will also fund an additional five litter gitters in the Black Warrior River and Cahaba River Basins, including two more in Birmingham and one each in Bessemer, Homewood, and Vestavia Hills.

The EPA grant funding will also supplement the existing Litter Quitters education program, led by the Jefferson County Conservation District. In 2019, Litter Quitters brought awareness of littering to over 750 students across 23 schools, and through the integrated video competition and media outreach, there were 3.5 million impressions generated from local communities. Grant funding will help build on this program’s success and reach more schools and students over the next three years.

Learn more about litter gitters in the Birmingham area.