20 Species Worth Saving – The Cave Salamander 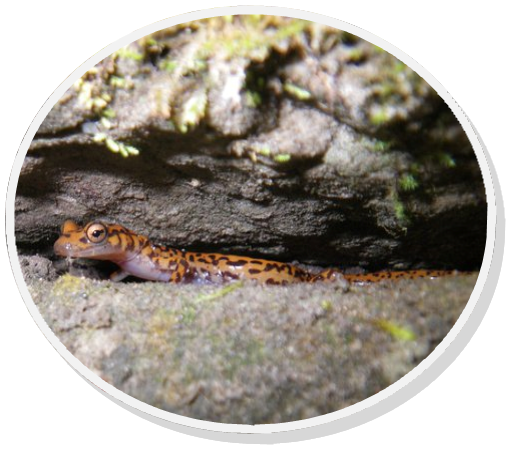 The brilliant orange color with black spots from head to tail makes the cave salamander a memorable species. Typically found in limestone caves, around natural springs or around rocky outcrops, cave salamanders have wide and flat heads, large eyes and long prehensile tails that give them exceptional balance when climbing about their rocky habitats. Their bright orange color is an indication of health and strength to females and a defensive effect to predators as the cave salamander sequesters toxins in its tail that will make some predators sick and even kill others. 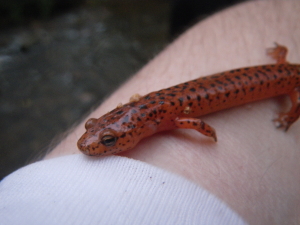 Cave salamander exist north from Birmingham to the lower third of Indiana. In Alabama, they are more commonly found in northern areas of the state and have been located on several Land Trust properties, including a small population along Turkey Creek.

While cave salamanders are not under any immediate conservation concern, but with one-third of all amphibian species under threat of imperilment, this is not to be taken lightly. The greatest threat to these salamanders occurs outside their caves in the forest. The forest and vegetation surrounding the caves they live in function to purify the water soaking into the ground that eventually percolates through rocks and enters the caves.

The quality of this water is important for amphibians because they commonly absorb water and air through their skin. Moreover, their life cycle is dependent on water, as their eggs and larvae develop in water both inside and near these caves. By protecting forest and stream side areas, the Freshwater Land Trust is helping to preserve these subsurface species that are commonly unseen and unknown.