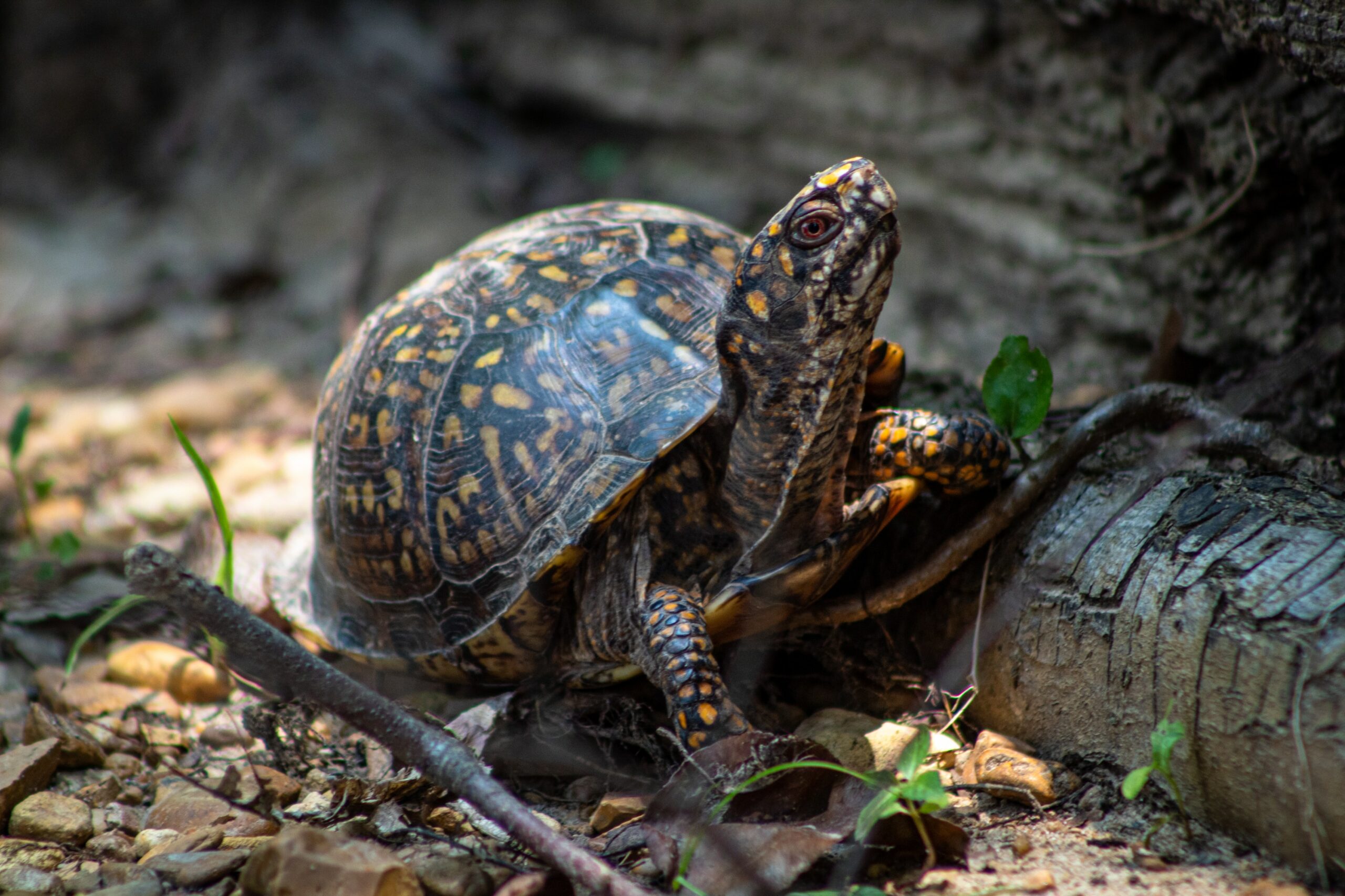 Alabama is one of the most biodiverse areas in the United States and maintains some of the richest ecosystems east of the Mississippi River. The state’s network of freshwater rivers and streams, high precipitation levels, and warm temperatures create the ideal home for thousands of wildlife species.

With all this water, aquatic life thrives in Alabama. Curious about the numbers? To list a few, our waterways are home to:

Read on to learn about a few of the unique and beautiful aquatic species that call our watersheds home and how Freshwater Land Trust (FLT) works to protect them.

The darter family of fish is comprised of around 100 different species of freshwater fish. They quickly dart to catch worms and insects, hence their family’s name. They are also known for their brightly colored scales and are actually some of the most vibrantly colored fishes in North America. Darters live at the bottom of freshwater streams like those found in many of Alabama’s watersheds.

The Eastern Box Turtle is common across Alabama. They are often found near water and forested areas and are more active after large amounts of rain. Eastern Box Turtles come in a wide variety of shapes and patterns, but they are distinguishable from other turtle species by their ability to “box” themselves into their shells.

FLT recently built a “turtle ramp” while monitoring land to help assist Eastern Box Turtles navigate out of a pit-like structure. Even if they may seem small, fixing issues like this makes human-touched environments easier to navigate for wildlife. It’s also what conservation and stewardship are all about.

The Fine-Lined Pocketbook Mussel is a medium-sized mussel found everywhere from small creeks to large rivers and is currently classified as a threatened species. They filter their food from the moving water and are identifiable by their yellow, brown, or black shells that feature a fine ray pattern.

Alabama’s forests and rivers are full of diverse wildlife that make our state special. Other unique species found in Alabama’s waterways include the Flattened Musk Turtle, the Painted Devil Crayfish, the Black Warrior Waterdog, and the Coal Skink.

Visit one of FLT’s natural trails, greenways, or properties and see what you can find!